What Did Pope Francis Say? 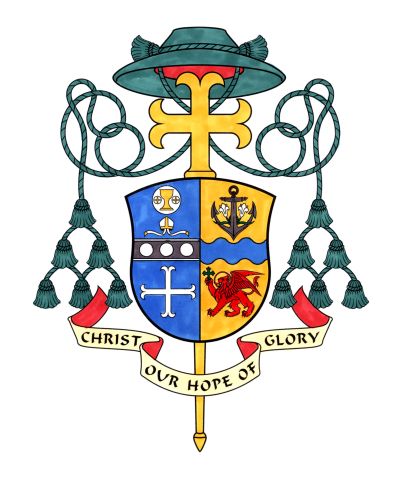 What Pope Francis did not say is that he was changing the definition of marriage. According to what has been reported, the Holy Father did say that the social needs of persons in same-sex relationships need to be given proper consideration even when they share a common life.

That would mean the opportunity to receive health care and other benefits. It has been reported that Pope Francis also said in the documentary that persons in same sex relationships need to belong to a family. They need and deserve the support of family and friends. Everyone needs such support. They should not be treated as less than human.

This week’s “controversy” reminds me of the times I have spoken with young Catholics (teenagers and young adults) and someone asks me, “Why does the Church allow gay-bashing?” I would always read what it says in the Catechism of the Catholic Church promulgated by St. John Paul II, n. 2357, which explicitly states homosexuality cannot be approved.

Then I invite a member of the group to come forward to read aloud where it says that “men and women who have deep-seated homosexual tendencies must be accepted with respect, compassion, and sensitivity. Every sign of unjust discrimination in their regard should be avoided.”

I have not seen it, but from what I read, that’s the sort of thing Pope Francis was referring to in the documentary. He expressed a concern regarding unjust discrimination, especially when it comes to basic necessities of life, such as food, housing, employment, and the right to belong to families.

Some of the headlines have suggested that Pope Francis was undermining the Church’s constant teaching about marriage and family. I can’t comment on what he might have said in the documentary. But I do know what Pope Francis has said, especially in his Apostolic Exhortation on Love in the Family (Amoris Laetitia), published in 2016:

Those words are as clear and consistent as what you will find in the Catechism as I mentioned above. And just as it teaches in the Catechism, Pope Francis adds the following concerns for our consideration whenever the topic of marriage is raised. In n. 53 of Amoris Laetitia, Pope Francis says:

“In various countries, legislation facilitates a growing variety of alternatives to marriage, with the result that marriage, with its characteristics of exclusivity, indissolubility and openness to life, comes to appear as an old-fashioned and outdated option. Many countries are witnessing a legal deconstruction of the family, tending to adopt models based almost exclusively on the autonomy of the individual will. Surely it is legitimate and right to reject older forms of the traditional family marked by authoritarianism and even violence, yet this should not lead to a disparagement of marriage itself, but rather to the rediscovery of its authentic meaning and its renewal. The strength of the family lies in its capacity to love and to teach how to love. For all a family’s problems, it can always grow, beginning with love.”

So what did Pope Francis say in the documentary? In the time it has taken me to write this reflection, several more commentators have probably tried to answer that question. If it is really necessary, the Vatican may even issue an official clarification. In the meantime, I thought it would be good for you to know what Pope Francis has already said.

We use cookies to ensure that we give you the best experience on our website. If you continue to use this site we will assume that you are happy with it.Ok